The event takes place in the context of the artistic investigation Third Person (Plural) (2017-19) by Aikaterini GEGISIAN and in cooperation with the Center for Inter-American Studies (ZIAS) of the University of Innsbruck.

The lecture will be held in English.

David KAZANJIAN is Professor of English and Comparative Literature at the University of Pennsylvania and Co-Director of theTepoztlán Institute for Transnational History of the Americas. His areas of specialization are transnational American literary and historical studies through the nineteenth century, Latin American studies, political philosophy, continental philosophy, colonial discourse studies, and Armenian diaspora studies.
He is currently at work on two book-length projects. The first sets radical aesthetics in the contemporary Armenian diaspora against the diaspora’s melancholically nationalist understandings of genocide. The second finds anti-foundationalist critiques of dispossession in the late seventeenth and early eighteenth-century Afro-Indigenous Atlantic. 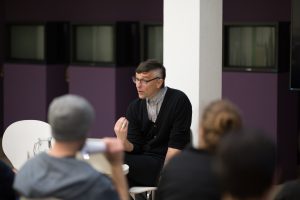 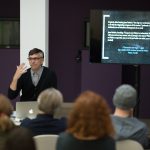 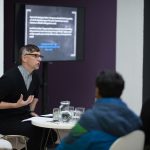 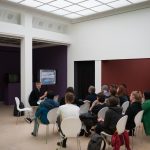