How can we understand the turns of history, the relationship of artists to power, and the role of art in politics? Can art really be autonomous and judged on its merits alone, or must it be analyzed as part of a particular political system that instrumentalizes and legitimizes some while marginalizing others? What are appropriate means for remembering and recovering artists who served totalitarian regimes, and how do we relate to the grey areas of artists’ biographies?

In the first part of the discussion series, Olga ŞTEFAN and Szilárd MIKLÓS will each present their research and their respective approaches to this minefield topic. Having met in 2017 in the frame of The Future of Memory, a multi-city exhibition curated by Olga Ştefan that also took place in Cluj, Romania to which Szilárd Miklós contributed a project on István Fischer, a local Jewish-Hungarian documentary filmmaker, they have since continued their collaboration. In his presentation, Szilárd Miklós will discuss his artistic research on István Fischer and Hans/János Mattis-Teutsch, two artists from Transylvania, who, according to Ştefan and Miklós, have been betrayed by history.

In the context of the Second Büchsenhausen Focus Weeks 2022 (21 March – 8 April) Olga ŞTEFAN will host a conversation with Wolfgang BRAUNEIS, art historian and curator of the exhibition Divinely Gifted: National Socialism‘s Favorite Artists in the Federal Republic.

Olga Ştefan is a curator, arts writer, documentary filmmaker and researcher, born in Bucharest, raised in Chicago, and currently residing in Zurich. Her work mostly deals with the politics of memory, migration and identity. Ştefan has curated more than thirty international exhibitions in museums, art centers, and galleries and has contributed to magazines such as Art in America, FlashArt, Art Review, Sculpture Magazine and many others. She is the founder of The Future of Memory, the transnational platform for Holocaust remembrance in Romania and Moldova through art and media, where her documentary films can be viewed. Her chapter on the Vapniarka concentration camp appeared in the volume Memories of Terror, 2020, CEEOL Press, Frankfurt.
http://www.olgaistefan.wordpress.com
http://www.thefutureofmemory.ro

Szilárd MIKLÓS (*1981, Miercurea-Ciuc, Romania) graduated from the University of Art and Design in Cluj, Romania, in 2004. The same year, he co-founded the non-profit organization and artists collective Julesz Community. His exhibitions include Mentor at the ICR, New York (solo show), Across the Trees: Romanian Art Now at David Nolan Gallery in New York and Re:location Cluj–Luxembourg at Casino in Luxembourg, Wiels, and Pépinières Residency Program in Luxembourg in 2006. 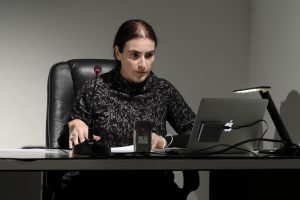 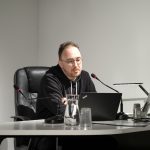 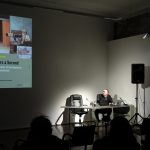 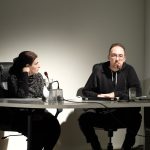 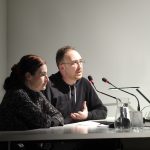