In this context the new Fellows will introduce themselves and their work, and provide some insight into their respective proposals for the coming months.

• Anna DASOVIĆ
Before the Fall there was no Fall: Thinking and acting between preenactment and reenactment

• KURS (Mirjana Radovanović and Miloš Miletić)
Lessons in Defense: On the Culture of the Partisan Movement

Anna DASOVIĆ’s artistic practice focuses on the rhetorical structures that make genocidal violence visible and those deployed to obscure politically inconvenient aspects of such conflicts. Central to her work is an exploration into the figure of the bystander and the ways in which the unimaginable and the unrepresentable—categories produced by the discourse on genocide—are evoked to neglect the responsibility of witnessing through representation. Dasović is interested in that rejection and in the exclusion of knowledge that is held in the body but denied by society’s authorizing structures. Though Dasović studied photography, and her installations and videos retain an element of formal precision, she now works in a broadly interdisciplinary manner. Her methodology involves archival research, fieldwork, interviews, and bibliographic research.

Mirjana RADOVANOVIĆ and Miloš MILETIĆ jointly practice visual art and research as KURS. In their work they explore how artistic practice can contribute to — and become an integral part of — various social movements. They often use archival material as a starting point, in combination with revolutionary poetry and prose and the visual language of progressive movements from the past. Most often they produce murals, illustrations and various printed materials including newspapers, posters, graphics. They are guided by the idea that the content they produce should be didactic and accessible to the wider public.

Projects that KURS realized in recent years are, among others: the research Lessons on Defense conducted in 2016 and 2017 on cultural activity within the People’s Liberation Movement; the mural Solidarity—to the International Brigades in Belgrade, dedicated to the 80th anniversary of the establishment of the International Brigades; the mural Struggle, Knowledge, Equality in Belgrade, on the occasion of the Students’ Day; the mural 20th October on the occasion of the 70th anniversary of the liberation of Belgrade; the mural Factory to the Workers at the Itas-Prvomajska factory in Ivanec, Croatia as part of the 13th Urban Festival; a residency in Chile at the AIR Casa Poli; the participation in the Persona Non Grata program in Ankara, organized by the AsiKeçi Collective; and the mural What Do We Know About Solidarity during the Qalandiya Biennial 2018 in Palestine.

As part of the Fellowship Program for Art and Theory 2019-20 at Künstlerhaus Büchsenhausen in Innsbruck, KURS published the book Lessons on Defense: Cultural Activities of the People’s Liberation Movement (2020).

In addition to her artistic career, Ditte Nissen has also curated various film and video programs since 2013 that have been shown at international venues including Cinemateca Nacional de Colombia and the FAR OFF fair for contemporary art in Cologne, Germany. In 2018 she held a studio scholarship at Bonner Kunstverein together with Alisa Berger, with whom she works in the artist-duo bergernissen.

Airi TRIISBERG is an independent curator, writer and educator based in Tallinn. She is interested in issues related to gender and sexualities, illness/health and dis/abilities, self-organization and collective care practices, struggles against precarious working conditions in the art field and beyond. Her practice is often located at the intersection of political education, self-organization and knowledge production. One of her ongoing research interests focuses on historical and contemporary moments when experiences of living with illness or disability have been politicized in order to express social critique. In 2015 she curated Get Well Soon!, an exhibition presenting artistic re-articulations of social imaginaries rooted in the radical movements of the 1970s. Another strand in her practice focuses on precarious labor and art workers organizing. In 2010-2012 she was an active member in the art workers movement in Tallinn. In 2015 she co-published the book Art Workers – Material Conditions and Labour Struggles in Contemporary Art Practice together with Minna Henriksson and Erik Krikortz. 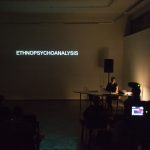 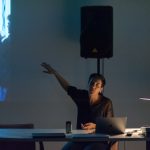 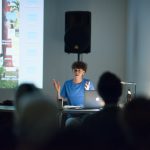 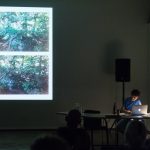 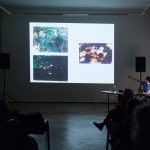 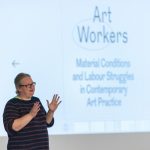 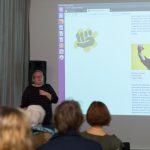 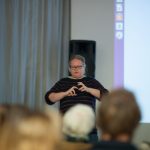 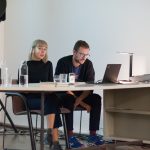 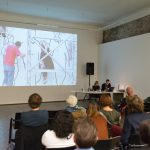 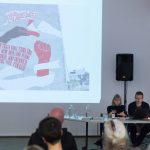