Presentations of the new Fellows 2021-22

After an eventful first half of the year and a shortened Fellowship 2020-21, which, despite the adversities caused by the pandemic, ended successfully with new productions created on site, we start a new Fellowship year in October, hopefully under less challenging conditions.

The Fellows Rosalyn D’MELLO, Suzana MILEVSKA, Sam RICHARDSON, and Olga ŞTEFAN will present themselves, their work and their projects in the context of the Start Up Lectures 2021-22 on Friday, 15 October 2021 in Büchsenhausen. Please note that a valid 3G proof is required!

In their respective work projects, the Büchsenhausen Fellows 2021-22 combine feminist-queer perspectives and proceedings with questions of coping with the past in order to develop a better and more profound understanding of our present. In her speculative artistic research, Rosalyn D’MELLO focuses on the “study” of “art” of so-called housewives, mystics and spinsters. She establishes a connection with the contemporary works of feminist artists who, too, were long considered outsiders in art history and whose achievements were only recognized late in their careers. Sam RICHARDSON explores the figure of St. Wilgefortis – also known as St. Kümmernis – a “bearded crucified woman” who historically came to be a patron saint of relief from tribulations – in particular, for women who wish to be liberated from abusive husbands or domestic situations, as well as for survivors of sexual assault, rape and incest. Suzana MILEVSKA’s research project Ethical and Aesthetical Protocols of Apology brings into focus the potentialities and limitations of various protocols of apology and renaming as performative artistic strategies aiming towards social change and reconciliation. The theorist will examine various examples of individual, social, activist and artistic strategies such as public apology of institutional officials or private citizens, replacing or renaming monuments, streets, holidays, and public spaces. And finally, the curator and author Olga ŞTEFAN, who is working on an essay film documenting her attempt to recreate an art exhibition that took place shortly after Romania’s liberation from the fascist Antonescu regime. This 1945 exhibition portrayed life and death in Romanian concentration camps and represented different forms of antifascist resistance performed by the Jewish prisoners. The film will not only bring to light the artists’ work for the first time in 77 years but also prompt us to contemplate politics of memory, turns of history, and the role of art in politics.

Rosalyn D’MELLO
In the Name of the Mother

Sam RICHARDSON
A Saintly Curse Continued: The Legacy of What is Seen and Unseen

Rosalyn D’Mello (she/her) grew up as a “Bombay Goan” in Mumbai. She graduated in English Literature from St. Xavier’s College, Mumbai, and earned her Master’s degree from the Centre of English Studies, Jawaharlal Nehru University, Delhi. After a brief stint as a theatre critic in Mumbai, in 2010, she adopted Delhi as her base for almost ten years before moving to her current location in Tramin, an alpine town in the autonomous province of South Tyrol in Italy. Over her decade-long career as a freelancer, she has performed various callings as a feminist writer, art critic, columnist, essayist, editor, researcher, consultant, and proofreader across industries.
She is currently a TBA21 Ocean Fellowship 2021 Mentor. She is the author of the critically acclaimed memoir, A Handbook for my Lover. She is also the recipient of the India Foundation for the Arts arts research grant (2019-2020), which is supporting her ongoing research for her forthcoming book for Oxford University Press, India, based on her visits to Indian artists’ studios. Since January 2016, she has been writing a weekly memoir-based, feminist column for mid-day. She writes fortnightly art columns for STIR while her criticism frequently appears in the Indian weekly magazine Open. Her writing has appeared in numerous literary anthologies, such as Dress (HarperCollins India, 2018), Walking towards Ourselves: Indian Women Tell their Stories (HarperCollins India, 2016; Hardie Grant Australia, 2016) and collections of art criticism, including Critical Writing Ensembles: Dhaka Art Summit 2016 (Office for Contemporary Art, Norway; Mousse Publishing, 2016) and Navigating the Planetary (Verlag für moderne Kunst, 2020). She was previously the editor of BLOUINARTINFO India (2012-2014) and was nominated for the Forbes’ Best Emerging Art Writer Award in 2014. She was also shortlisted for the Prudential Eye Art Award for Best Writing on Asian Contemporary Art in 2014. She was an evaluator for The Andy Warhol Foundation Art Writers Grant in 2020.
https://www.rosalyndmello.com/

Sam Richardson is an interdisciplinary artist working primarily in photography, as well as video, sound and writing. They are based in Los Angeles, CA. As an image-maker working in a documentary-informed practice, Richardson strives to unlearn, break open and find new ways of creating images that interrogate collaboration and photographic relationships in the context of the body, trauma and care. She utilizes her experience as a Crisis Counselor to survivors in New York and Los Angeles, abolitionism and personal history to enter their work with a practice of care and investigation into personal and shared experience.
They graduated from the Photography Department at the UCLA MFA program in 2020 where she TA-ed and supported professors in several art studio courses in the Art Department, as well as TA-ed in the Arts Education Department. They are dedicated to creating the most expansive and inclusive form of arts education from theory to practice. During winter 2020-21 she was Artist and Instructor in Residence at Urbano Project in Boston. Currently, they are the Director of Communications and a Teaching Artist at Creative Acts. In Fall 2021 they teach a Foundations course at California Institute for the Arts and a photography course with Las Fotos Project.
http://samxrichardson.com

Olga Ştefan is a curator, arts writer, documentary filmmaker and researcher, born in Bucharest, raised in Chicago, and currently residing in Zurich. Her work mostly deals with the politics of memory, migration and identity. Ştefan has curated more than thirty international exhibitions in museums, art centers, and galleries and has contributed to magazines such as Art in America, FlashArt, Art Review, Sculpture Magazine and many others. She is the founder of The Future of Memory, the transnational platform for Holocaust remembrance in Romania and Moldova through art and media, where her documentary films can be viewed. Her chapter on the Vapniarka concentration camp appeared in the volume Memories of Terror, 2020, CEEOL Press, Frankfurt.
http://www.olgaistefan.wordpress.com
http://www.thefutureofmemory.ro 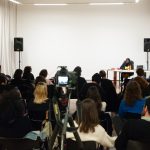 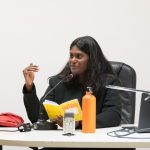 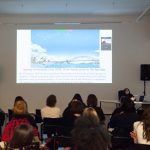 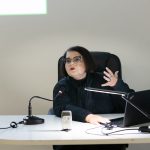 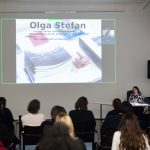 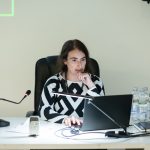 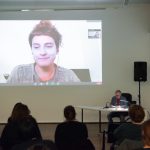 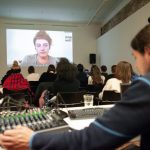