Presentations of the new Fellows 2022-23

The new Fellowship year has already begun and now we are happy to introduce the new Büchsenhausen Fellows 2022-23, most of whom arrived in Innsbruck in early October: Luis GUERRA, Bettina KNAUP, Alice SARMIENTO, and Endi TUPJA will be working on their projects in Büchsenhausen in the coming months.

The Fellowship Program for Art and Theory 2022-23 will explore a variety of relevant issues for today – without directly addressing current events. A loose thematic thread that could be attributed to all the projects is the examination of the tension between the private and the public. For example, in the work of the pedagogue Fernand Deligny, whose practice Luis Guerra proposes to read as a process of artistic knowledge production, as “gestural philosophy”; in Bettina Knaup‘s research on “common wastes,” which examines residencies, these art institutions of the “semi-private,” and waste infrastructures (such as landfills or recycling plants) in terms of relationships and processes of exchange; in Alice Sarmiento’s exploration of online memes in social media in the Philippines after the outbreak of COVID-19 – in a country where the concept of “public” has no spatial realization; or in Endi Tupja‘s artistic investigation of bathroom ecologies associated with menstruation in communist Albania.

On Friday 21 October 2022 at 19.00 the Fellows will present themselves, their work, and their Fellowship projects. After the four presentations, we cordially invite you to meet and exchange with the Fellows over food and drink.

Luis Guerra (*1974, Santiago de Chile) is a Visual Artist and Philosopher. Currently he is a University Researcher at the Academy of Fine Arts, University of the Arts Helsinki, Finland, and Fellow Researcher at the research group Post-foundational Contemporary Thought: Critical and theoretical analysis of the contemporary ontologies of negativity and the question of the violence of the foundation (2022–2025, University of Barcelona). Former Associate Professor of Aesthetics and Theory of the Arts at BAU University Center of Arts and Design Barcelona (2020-2022), GREDITS Design and Social Transformation Research Group Coordinator, and co-editor of the scientific review Immaterial, Design, Art and Society.
Luis Guerra did postdoctoral studies at the Center for Artistic Research (CfAR), University of the Arts Helsinki, 2019-2020. He was also Fellow Resident Artist at the Saastamoinen Foundation, Helsinki (2021) and Fellow grantee at the Kone Foundation, Helsinki (2020) with the artistic research project Wandering Echoes, rounds and litanies as performative maps under confinement. In 2022, he published his second book: Wandering Echoes, a handbook of operative losses, Errant Bodies Press, Berlin. In 2017 he published La Inexistencia del Arte, Brumaria Editores Madrid, after a research residency at the Museo Nacional Centro de Arte Reina Sofía, Madrid, thanks to the support of Santander Foundation (2015-2016).
His praxis inhabits a zone of visual encounters between drawings and acts, writings and objects. His work revolves around the imaginary line that Western culture has created between art and philosophy. Among the concepts framing his artistic research are three main notions: the un-domiciled, the echoicity and the inexistent.
https://www.luisguerra.org/

Bettina Knaup, freelance curator and writer (Berlin), has (co-)curated numerous international festivals, exhibitions and projects, including the International Festival of Contemporary Arts City of Women (Ljubljana, 2001–2004), performing proximities (Beursschouwburg, Brussels, 2008), performance platform. body affects (Sophiensaele, Berlin, 2012) and the archive and performance project re.act.feminism, which toured Europe from 2008 to 2013 (i.a. Akademie der Künste Berlin, Fundació Antoni Tàpies, Barcelona, Wyspa Institute of Art, Gdańsk, Tallinn Art Hall) and has been re-launched in 2022 in the frame of Manifesta 14 in Pristina. She regularly publishes, teaches and collaborates with other artists* and curators*.
https://www.reactfeminism.org/

Alice Sarmiento (*1985; Manila, PH) is a writer, independent curator, and animal welfare worker. She has written extensively on topics such as the representation of the Filipina labor diaspora in contemporary art, the cultural ramifications of Duterte’s war on drugs, and how these phenomena relate to a feminist future. Alice was an awardee in the 2015 edition of the Japan Foundation Asia Center’s curatorial development program and a 2019 fellow in Cultural Journalism at the Akademie Schloss Solitude in Stuttgart. In 2021, she was among the residents of the Young Curators Residency Program of the Fondazione Sandretto Re Rebaudengo in Torino Italy.
www.alicesarmiento.wordpress.com

Endi Tupja (*1984) is an artist, filmmaker/storyteller, and cultural practitioner based between Berlin and Tirana. Her research centers on experimenting with strategies of memory recuperation and the potential of re-enactment with time witnesses. She explores the limits of (self-) representation as well as its tangential relation to video art. There is a friction between the essential and a sense of exaggeration omnipresent in her search for clarity. She continuously tries to challenge a certain idea of established institutional formality in artistic research and academic language. Her work has been shown in festivals and exhibitions in Germany, Kosovo, Mexico, the UK, the Netherlands, Georgia, Ukraine, Italy, San Marino, Greece, etc. She is currently a fellow at Centrale Fies, LIVE WORKS Vol. 10 – Free School of Performance, broadening her research in performative writing and staging techniques of Albanian female voices and memories in the Italian context between 1992-2011.
https://endintupja.wixsite.com/enditupja 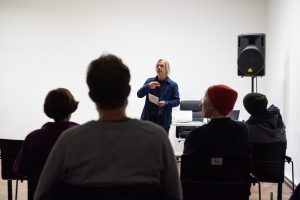 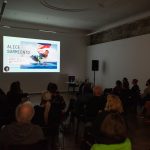 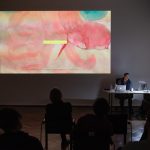 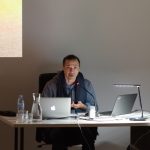 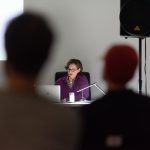 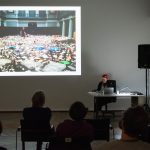 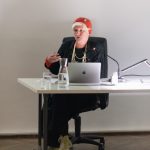 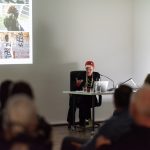