“The Bankruptcy of the Man-Made World-War” (Rosika Schwimmer):

Women and Anti-War Activism in the Early Twentieth Century

Historian Laurie COHEN and film curator Madeleine BERNSTORFF created a dialogue based on photos and film excerpts taken from Cohen’s research project on female anti-war activists and Bernstorff’s research on the politics of images: from Emma Goldman’s training as a nurse in Vienna (1895) to Bertha von Suttner’s encounter with the film camera (1914) up to a “stormy” international event in Graz (1928). The dual focus included anti-war political initiatives from the twentieth century and their female protagonists, along with issues of (stateless) mobility, networking, war and exile.

Madeleine BERNSTORFF (*1956) is a Berlin-based film curator, author, super-8 filmmaker and lecturer. Her works deal, among other things, with the representation of suffragettes in film. Madeleine Bernstorff is a co-founder of Kino Sputnik in Berlin Wedding.

Laurie COHEN, a historian, worked at the University of Innsbruck Department of Political Science. Her research focuses on the intersection between trans-atlantic women’s movements, peace movements and wars in the nineteenth and twentieth centuries. 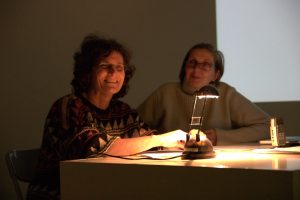 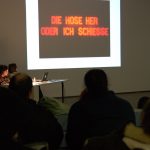 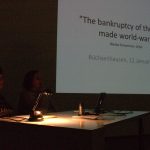 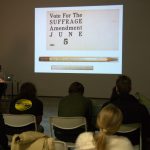 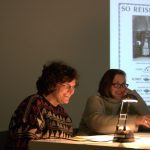