The Eye of the Camera

For her film Third Person (Plural) (2017-19) artist Aikaterini Gegisian has gathered visual material from the extensive archive of U.S. post-World War II newsreels, found at the Library of Congress in Washington, D.C. Third Person (Plural) (2017-19) has been mainly produced during Gegisian’s fellowship at Künstlerhaus Büchsenhausen. The film explores the role newsreel-driven popular, visual culture plays in shaping – and controlling – the ‘image’ of the world, in particular its implication of creating otherness as well as national and supranational imaginations.

The event includes the presentation of the first three episodes of the film as well as a conversation between Gegisian and curator Miguel Amado on consequential questions. This includes topics like the newsreel as a specific film form which blends documentary and entertainment, as well as the complex relationship between Hollywood and the American armed forces while manufacturing ideological consent due to the development of new camera technologies and the formation of an industrial-spectacular-military complex.

The event takes place in the context of the artistic investigation Third Person (Plural) (2017-19) by Aikaterini GEGISIAN and will be held in English.

Miguel AMADO is a curator, currently Director and Curator of Cork Printmakers, Ireland. His practice explores alternative narratives of art history and art markets, revealing subaltern art practices and considering the useful dimension of art. He has been collaborating with Aikaterini Gegisian in recent years, curating her first film survey and commissioning various works for Middlesbrough Institute of Modern Art, in England, where he served as Senior Curator between 2015 and 2018. 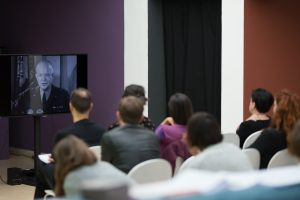 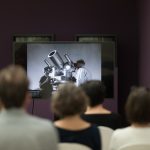 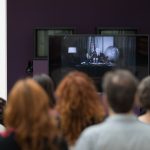 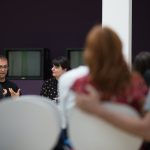 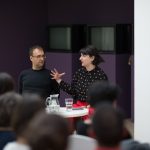 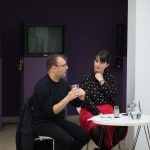 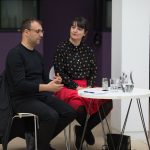 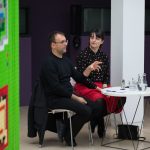