As a follow-up to his Büchsenhausen-Fellowship in 2016/17, Vladislav Shapovalov is showing his new film Image Diplomacy, which he developed at Künstlerhaus Büchsenhausen. It has been produced in cooperation with the V-A-C Foundation, Moscow.

The film deals with specific historical aspects of the construction of the political-imaginary by means of exhibition strategies and the photographic medium in the 20th century: on the one hand, it is about Soviet photo exhibitions and films that sought to convey socialist modernity and a controlled image of the USSR, with positive connotations, during the Cold War. On the other hand, the film sets these politics of representation against their western pendant: Edward Steichen’s famous, controversially discussed photo exhibition The Family of Man, which was also instrumentalized politically by the USA after 1955, elevated to the status of World Cultural Heritage by UNESCO in 2003, and can now be viewed as a permanent exhibition in Clervaux, Luxembourg. To realise this critical investigation, the artist used photo and film material from archives in Italy, Russia and the USA. Employing documentary, essayist means, Shapovalov conceived a filmic narration revealing how the social and political ideals of the Soviet Union were transported by means of cultural diplomacy during the Cold War. Sociopolitical ideals – free access to education, to the health system and sufficient living space, the emancipation of women – and real-political strategies like the “conquest” of space and socialist internationalism in the so-called Third World, thereby constitute the thematic framework to a visual communications policy in no way inferior to the American Family of Man exhibition with its complexity and universal pretensions. Image Diplomacy by Vladislav Shapovalov calls back to the present questions which are still extremely relevant to society but have been forgotten or pushed into the background after the fall of communism.

Vladislav Shapovalov (*1981, Rostov-on-Don, Russia) is an artist and researcher living and working in Milan and Moscow. He was a member of the art-group Radek Community from 1999-2007. Since 2008 he has been working independently on projects that focus on rethinking images, cultural artifacts and the construction of narratives as a way to construe and analyze geopolitical configurations. In 2016/17, Shapovalov took part in the Fellowship Program for Art and Theory in Künstlerhaus Büchsenhausen with support from the City of Innsbruck. He is currently preparing his first solo exhibition Image Diplomacy in the Moscow Museum of Modern Art (as from 17.11.2017), in which the film of the same name as well as the installation produced in Büchsenhausen, I Left My Heart in Rhodesia (2017), will be shown among other things. A further solo exhibition by Vladislav Shapovalov will take place as from the beginning of December 2017 at ar/ge kunst in Bolzano.

In the context of the Fellowship Program for Art and Theory 2016-17 at Künstlerhaus Büchsenhausen in Innsbruck, Vladislav Shapovalov published the book Image Diplomacy (2020). 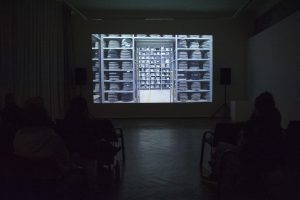 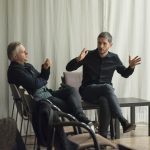