Screening of the film by Annie SPRINKLE & Beth STEPHENS and discussion with Angela ANDERSON, Nina TABASSOMI & the directors

With a poetic blend of curiosity, humor, sensuality and concern, Water Makes Us Wet chronicles the pleasures and politics of H2O from an ecosexual perspective. Travel around California with Annie, a former sex worker, Beth, a professor, and their dog Butch, in their E.A.R.T.H. Lab mobile unit, as they explore water in the Golden State. Ecosexuality shifts the metaphor “Earth as Mother” to “Earth as Lover” to create a more reciprocal and empathetic relationship with the natural world. Along the way, Annie and Beth interact with a diverse range of folks including performance artists, biologists, water treatment plant workers, scholars and others, climaxing in a shocking event that reaffirms the power of water, life and love.

After the screening, Angela Anderson, Nina Tabassomi and the filmmakers (via Skype) will discuss aspects of the film. The screening of the film Water Makes Us Wet and the subsequent discussion will take place in the context of Angela ANDERSON’s artistic investigation Three (or more) Ecologies: A Feminist Articulation of Eco-Intersectionality.

The event will be held in English, in cooperation with kinovi[sie]on, Taxispalais Kunsthalle Tirol and the American Corner Innsbruck.

Annie SPRINKLE‘s & Beth STEPHENS‘ work reflects two lines of force within radical feminist art. While Stephens (born in 1960 in Montgomery, West Virginia) was intervening in the gallery space and within video art beginning in the late 1980s, introducing representations of lesbian and queer culture, Sprinkle (born in 1954 in Philadelphia) was working to undo the dominant codes of representation in pornography, as a porn actress and activist beginning in the 1970s, campaigning to defend the rights of sex workers. Their coming together as an art duo in the early 2000s represents the alliance of these divergent discourses as it gives way to “ecosex” art and activism.
http://sexecology.org

Nina TABASSOMI is a curator and theatre scholar. Having worked in Berlin (Based in Berlin, KW Institute for Contemporary Art), Kassel (Fridericianum) and New York (Ludlow 38), she is now director of the TAXISPALAIS Kunsthalle Tirol, a position she has held since the beginning of 2017. Among others, Nina curated the group exhibitions Infrastructures of Pain, Accentisms and the Trilogy Lieben – Sex – Lachen as well as solo exhibitions by Eric Baudelaire, Emeka Ogboh and Maryam Jafri. 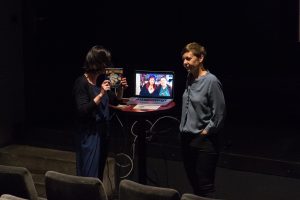 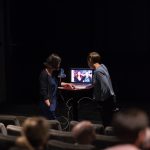 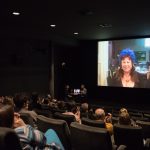 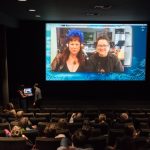 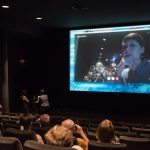 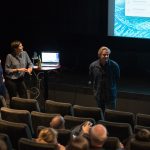