Isabel PETERHANS (*1986), BA, studied illustration at the Lucerne University of Applied Sciences and Arts and at the Bezalel Academy in Jerusalem. Since 2012 she has been working as a freelance illustrator and comic artist. Her diploma thesis Yallabyebye was awarded prizes by the Zeugindesign-Stiftung and the Wilhelm Wirz-Stiftung Basel and was published in 2014 by Edition Moderne, Zurich and by L’Agrume Edition, Paris.
With the Robert Bosch Scholarship, she traveled along the refugee route with journalist Juliane Löffler in 2016, drawing refugees and helpers. Those drawn reports were published in Freitag (D), WOZ (CH) and Strapazin (CH). In 2016, she then went on a graphic journey around the world, leading her through Senegal, Colombia and Mexico. Various publications appear in international journals and books.

Drawing, narration by means of drawing as well as the combination with text accompany Patrick BONATO‘s work continuously across the years and various media – illustration, painting, graphics, design up to interior design – and finally leading him to the comic or graphic novel.Since a one-year drawing journey (2016-17) Bonato’s main focus has been on this medium, located between image and film, and exploring its manifold possibilities and limits. His works focus on human beings, their relation to environment, society, nature and animals, and the resulting conditions, interactions, scope for actions and restrictions for the individual.

Patrick Bonato studied graphic design at the University of Applied Arts in Vienna and illustration fiction at the Lucerne School of Design & Art. In 2010 he completed his studies in Vienna with the pseudoscientific picture book Das bunte Buch verhaltensgestörter Tiere, which was published by Luftschacht Verlag in 2012. From 2010 to 2016 he worked as an independent illustrator and graphic designer in Lucerne, where, among other things, he designed and implemented the interior design of the bistro in the Kulturzentrum Neubad.
In 2016, together with the illustrator Isabel Peterhans, he went on a one-year journey during which he increasingly focused on the medium of comics and started working on the graphic novel Toubab in Senegal (“Waaw” Artist Residency). He also spent a month with comic artist Frank Santoro in his “Rowhouse Residency” in Pittsburgh, USA, where he started another comic book.
Since the end of 2017 he has been living in Innsbruck,currently working in the Künstlerhaus Büchsenhausen. In 2018 Bonato received the “Prize for the Best Scenario” at the Fumetto Comic Festival in Lucerne and in 2019 he was awarded the Prize for Contemporary Art of Tyrol.

Since December 2017 Isabel Peterhans has been living, working and sledging in Innsbruck.

Since the end of 2017 Patrick Bonato has been living in Innsbruck, currently working in the Künstlerhaus Büchsenhausen. In 2018 Bonato received the “Prize for the Best Scenario” at the Fumetto Comic Festival in Lucerne and in 2019 he was awarded the Prize for Contemporary Art of Tyrol. 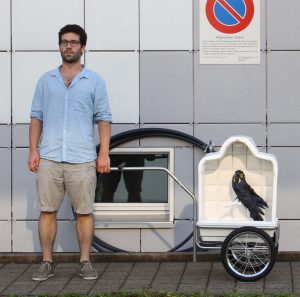 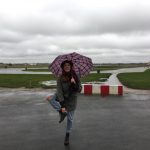 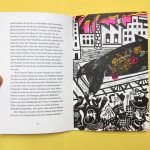 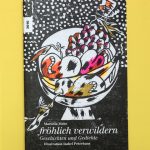 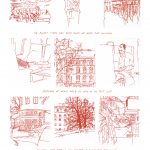