Understanding art as a medium of communication that enables to address sensitive issues and stimulate discussions – also in the public space – Maria WALCHER‘s work is concerned with site-specific and socio-political topics. Thereby, the interface between social aspects, theoretical research and artistic practice plays an important role. By a playful and experimental approach, she often directly and indirectly involves other people in the artistic process and artwork and searches for international and interdisciplinary collaboration. The site, the issue and the people she is dealing with, as well as the particular situation influence the choice of the medium. By subtle interventions in conventional structures and rules of behavior – e.g. interventions in the public space, performances or installations – sceneries are created that break up trivial behavioral patterns and ask questions, without giving concrete answers. 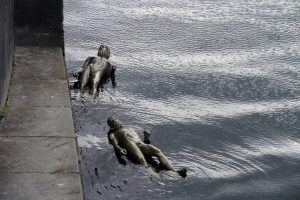