Finissage of »Made in Büchsenhausen«

On Saturday, 6 October 2018 the exhibition Made in Büchsenhausen will be opened for the last time from 6 pm to midnight. At the same time, the artists working here – Katharina CIBULKA, the collective Kata HINTERLECHNER & Bosko GASTAGER, Stephan PIRKER, Nora SCHÖPFER, Maria WALCHER and Benjamin ZANON – will open their studios, so allowing insights into the diverse production of contemporary art in the region. The artists cordially invite you to visit the Künstlerhaus on this Long Night of the Studios, to take a look around without any hurry, and use the chance for stimulating conversations and discussions.

This event is not part of the ORF Lange Nacht der Museen 2018 and for this reason admission free. 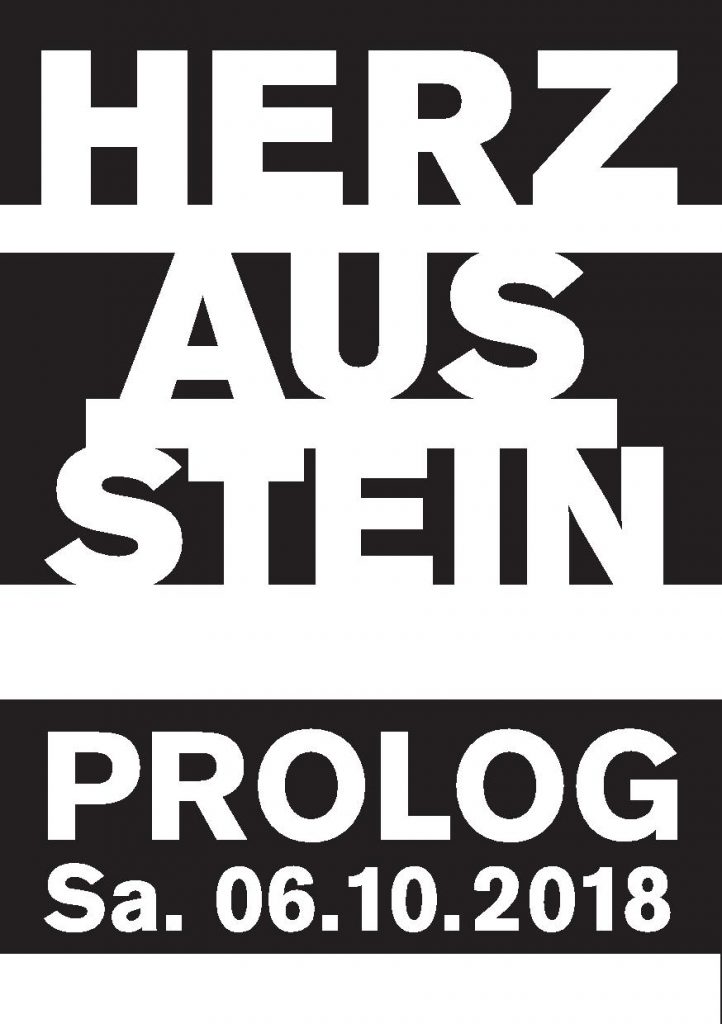 In addition, during this closing event Kata HINTERLECHNER, Daniel JAROSCH and Stephan PIRKER will present a performance linked to their project Herz aus Stein/ Heart of Stone.
Herz aus Stein is an artistic-actionist project for solidarity and tolerance towards people who are begging. Starting out from the folk legend of Miss Hitt, who was allegedly turned into stone after committing the crime of throwing a stone at a woman who was begging for bread, stones will be fetched from the Innsbruck Nordkette (North Chain Mountain) and will be transformed into “Hitt Coins” by means of artistic manipulation. „Hitt Coins“ are a currency whose value increases when they are given away. The first part of the action – fetching the stones and their transfer to Büchsenhausen with the help of a “Beggingmobile” – will happen on 6 October 2018 in the context of the finissage of the exhibition Made in Büchsenhausen. The actual action will take place in the context of Innsbruck’s Christmas Market, where there is still a sectoral ban on begging. To conclude the action, the „Hitt Coins“ will be taken back to Miss Hitt on the Nordkette and worked into a permanent sculpture.

One element of artist Katharina Cibulka’s work is a critical questioning of fixed habits, applying artistic means in order to provide counter proofs and so a possibility for change. She employs multimedia forms in her practice: moving images, photography, graphics, installations, public interactions, and performances.
No technique or medium is pursued strictly hermetically but in a rather casual and playful way, being adapted to suit the locations or actions with modest/ almost imperceptible perfection.
(Text: Heike Maier-Rieper)
Katharina Cibulka is an artist, filmmaker, and project developer using artistic and sustainable processes. Board member of the Tiroler Künstler:innenschaft since 2013. Katharina Cibulka lives in Innsbruck, where she works, as well as in Vienna.
www.katharina-cibulka.com

Bosko Gastager‘s works operate on the borderlines between art, graphics and design – whereby he refuses to restrict himself to any one medium or material. Paintings, installations, videos and performances; these conceptual configurations develop between “free” art and “applied handicraft”, functioning beyond the distinction between poetic fiction and empirical fact, and opening up a discursive space within this field of conflicts that allows him to deal with a broad range of themes.
Bosko Gastager (*1979) lives and works in Innsbruck and Vienna.
www.boskogastager.tumblr.com, selectedgraphic.tumblr.com

Artist Kata Hinterlechner produces various cycles of work, in which she uses found materials on the one hand, and also works with the geometric abstraction of both picture area and three-dimensional space on the other. Her art encompasses object art, painting, photography, collage, audio works and site-specific spatial installations.
Kata Hinterlechner was born 1979 in Telfes (Tyrol, A). Lives and works in Innsbruck and Vienna. Study at the University of Applied Art in Vienna (A).
www.katahinterlechner.com

In Nora Schöpfer’s work, experimental debate using the media of painting, installation, photography and video often focuses on questioning perception, temporal and spatial relationships, and concepts of reality and materiality. Perceptual fragments from memory and the imagination are reassembled to echo the way our realities are formed. Two- and three-dimensional works emerge, as well as moving images, which subsequently join together into expanded spatial concepts. Here, extended temporal and spatial depictions and an imagined dissolution of matter are means with which to suggest an intensified atmosphere of immediate presence in the act of seeing. Here, overlaid images of situations in exhibitions or in public space as well as images of groups and structures in nature and their mutual similarities continue a process inviting us to participate in a kind of visual streaming.
Nora Schöpfer was born 1962 in Innsbruck, Study at the University of Applied Art in Vienna (A) with Oswald Oberhuber and Ernst Caramelle, since 2015 studies in philosophy at the University of Applied Art in Vienna (A).
www.noraschoepfer.com

Understanding art as a medium of communication that enables to address sensitive issues and stimulate discussions – also in the public space – Maria Walcher’s work is concerned with site-specific and socio-political topics. Thereby, the interface between social aspects, theoretical research and artistic practice plays an important role. By a playful and experimental approach, she often directly and indirectly involves other people in the artistic process and artwork and searches for international and interdisciplinary collaboration. The site, the issue and the people she is dealing with, as well as the particular situation influence the choice of the medium. By subtle interventions in conventional structures and rules of behavior – e.g. interventions in the public space, performances or installations – sceneries are created that break up trivial behavioral patterns and ask questions, without giving concrete answers.
Maria Walcher, *1984 in Brixen (Italy), studied at the MFA: Public Art and New Artistic Strategies at the Bauhaus University Weimar (2012-2014), as well as at the University of Applied Arts Vienna (2004-2010) and the Academy of Fine Arts Lisbon (2007/08). Her work was shown i.a. at the Charlama Depot, Sarajevo (2011), SOMA, Mexiko City (2013), Kunstfest Weimar (2014), Quartaire Contemporary Art Initiatives, Den Haag (2014) and the Maxim Gorki Theater, Berlin (2015).
www.mariawalcher.com

Zanon heightens his own creativity through collaboration with artists and scientists from various fields, one example being his continuing cooperation with contemporary composer, Daniel Oliver Moser, but there are also projects with archaeologists (Mercatorquartier Duisburg), geologists, urban planners, architects and musicians.
Immersion in his own work always involves outside stimulus: the impression serves as a starting point, as the foundation of all creative production. Insofar, it is understandable that Benjamin Zanon very much enjoys travelling and frequently does so, as exchange with the unfamiliar (on both a personal and a spatial level) acts as a motor on the one hand, always spurring on his creative production, and like a catalyst clarifying his thoughts and ideas on the other. Essential components of Zanon’s work, therefore, are openness towards the new and the unknown, thereby always adopting the role of the observer with an attentive eye, and translating experiences, impressions and perceptions into creative output.
Benjamin Zanon was born in Lienz/East Tyrol in 1981. From 2001 to 2004 he studied architecture at the Technical University in Vienna, followed by philosophy at the University of Vienna until 2006. In 2008 he moved to Düsseldorf, where he began studies of fine art and sculpture at the city’s art academy. As from 2009 he studied in Professor Richard Deacon’s class, becoming the latter’s master pupil in 2014. In February 2015 he completed his studies with the academy diploma and moved to Innsbruck, where he has lived and worked since. He has been a member of the Tiroler Künstler:innenschaft since summer 2015, and in April 2017 he moved into a studio in Künstlerhaus Büchsenhausen.
www.benjamin-zanon.at

Originally, Daniel Jarosch was involved in the independent theatre scene as an actor, director and author. In the context of diverse theatre productions, he discovered video as a medium for his activities. He then produced visuals for theatres, concerts and parties, and later numerous music videos incl. for Philipp Quehenberger, Vitaly Tschernobyl & the Meltdowns … Together with Falko Purner he founded the video label Mozi Brews. This interest in music and performance led him to embark on a study course in ethnology at the University of Vienna. After his studies and returning to Innsbruck he turned to documentary cinema. Together with Falko Purner he made the documentary films Holzfischen (2006) and Bom Dia Inhambane (2012). After further training as a photographer (2009-2011), today he works mainly in the fields of digital and analogue photography, also producing videos and documentary films. He runs workshops on analogue photography and teaches digital photography at the Volkshochschule in Innsbruck. Since 2016 he has also been writing the satirical blog FUTURENEWS – newest, latest, yet to come.
Daniel Jarosch, born 1974 in Innsbruck, trained as an actor at the Forum Schauspiel Tirol. Study of ethnology at the University of Vienna, trained as a photographer at Prager Fotoschule Austria.

Hannes Egger’s artistic practice is characterized primarily by a conceptual approach, and by the involvement and interaction of the audience. His performances, installations and participatory projects invite people to adopt unfamiliar attitudes and fresh viewpoints, so thinking about reality, the world in which we live and share space with one another. Egger does not see the artwork as an object, as a complete work in the classical sense, but rather as a situation or open platform in progress. Generally speaking, his artworks are planned in great detail but completed only at the moment when the audience participates. The artist often proffers coordinates or ways of acting, and the public are invited to interact according to them, meaning that the participants themselves become the protagonists.
Hannes Egger, born 1981 in Bolzano (IT), studied philosophy at the University of Vienna and at “La Sapienza” in Rome. His works have been shown in solo exhibitions including at the Mewo Kunsthalle, Memmingen (2018), Galerie M, Berlin (2017), Empthy Cube, Lisbon (2016), Cubo Garutti / Museion, Bolzano (2015), in the Festung Franzensfeste, Franzensfeste (2014-2018), Tiroler Landesmuseum Ferdinandeum, Innsbruck (2013), Export Kubus, Vienna (2012), and Stellwerk, Kassel (2009). He has taken part in group exhibitions including at the Museion, Bolzano (2017), Fondazione Barriera, Turin (2017), MMSU, Rijeka (2017), Nesxt, Turin (2016), Museo D’Emporda, Figueres (2015), Kunsthalle Krems, Krems (2015), Kunstverein Konstanz, Constance (2015), Dox, Prague (2014), Art Center, Krasnojarsk (2014), Quartair, Den Haag (2014), Winter Festival, Sarajevo (2014), Cesac Caraglio (2012), Trafacka, Prague (2012), and the Biennale di Venezia, Venice (2011).
https://hannesegger.com/ 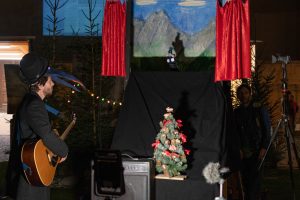