As a young soldier, French sociologist Pierre Bourdieu was stationed in Algeria. France’s colonial politics destroyed village structures and local agriculture, driving the newly unemployed to the Algerian cities. After crossing the Mediterranean to work in French factories, many immigrants found themselves living in shanty towns on the outskirts of large urban areas.
With the help of film-clip commentary, Remember Resistance attempted to trace the history of such interweavings in the constitution of “Europe”. Bourdieu and his preoccupation with colonial history and migration politics became a point of departure for the project.

The film group Remember Resistance (Jochen Becker, Julien Enoka-Ayemba, Sonja Hohenbild, Brigitta Kuster) was formed on the occasion of the Anticolonial Africa Conference Berlin in 2004. With commented film and lecture programs, Remember Resistance focused on films by African directors, German colonial history and issues of decolonization and migration. Comments on the films shed light on their background, putting the works up for discussion. 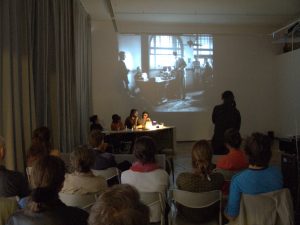 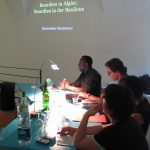 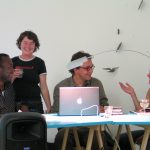