Cinematographic Practices: From the Film Avant-Gardes to the Exhibition Film

“Our mobile phones aren’t the first devices to take and show pictures. Even the Lumière Brothers’ cinématographs showed a similarly wide variety of functions and qualities: image exposure, processing and projection. The one who watches will also want to show—and to show means to put something up for someone else to watch. Cinematography is thus a practice that always implies physical creation beyond passive consumption. Cinematographic practice can be understood as a multi-layered blend of imagination, performance and presentation … therefore the classical understanding of cinema as an industry-like arena for (re)production is substituted with an approach that conceives of cinematography as an activity that affects the very different spheres of everyday life in terms of its situational encounters and events.”
Rainer Bellenbaum 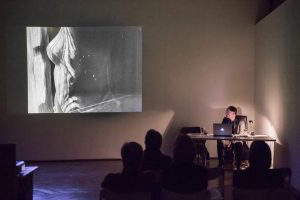 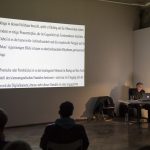 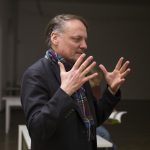