The Optical Unconscious of Fascist Becoming: A survey of the photographic holdings of the Stadtarchiv Innsbruck

The present time is saturated by images of the past, and yet the past is always out of reach – a composite image constituted of disparate sources that can never be comprehensive. Throughout the fall of 2018 Michael Baers has been examining the digital holdings of the Stadtarchiv Innsbruck related to the historically significant spring of 1933 – a time when the National Socialists registered their first electoral successes in Austria. During the Büchsenhausen Focus Weeks in January 2019 Michael Baers has invited for his presentation three historians who will help „reading“ selected images from his research. The aim is to identify and discuss the historical importance of small and nearly invisible details contained in the chosen photographs. The objective of this presentation could also be described as an attempt to examine the optical unconscious of imminent fascism (apologies to Walter Benjamin), as well as the social construction of Austrian/Innsbruck society during that period.

The event takes place in the context of the artistic investigation The Past is an Arrow into the Future by Michael BAERS.

Niko HOFINGER is a historian, exhibition curator as well as self-employed software- and multimedia entrepreneur in Innsbruck. Since 1996 he has worked as a „house historian“ for the local jewish community. His recent publication Maneks Listen (Engl. Manek’s Lists, Limbusverlag 2018) is a tour de force through the life of Ernst Beschinsky, who died in 1987 and was the president of the Israelitische Kultusgemeinde (Engl. Jewish religious community) in Tyrol and Vorarlberg.

Lukas MORSCHER is a historian and jurist as well as manager of Stadtarchiv/Stadtmuseum Innsbruck. He had numerous publications, especially about the different aspects of Innsbruck’s and Tyrol’s regional history. His series Innsbrucker Alltagsleben (Engl. Innsbruck’s Daily Life) has been published by Haymon since 2011.

Sabine PITSCHEIDER is a historian and since 2008 an university assistant at the Department of Contemporary History, University of Innsbruck. Her research addresses mainly Austrian History after 1945, with an emphasis on Tyrol, the history of political parties, social disciplining and the de-Nazification in Tyrol. 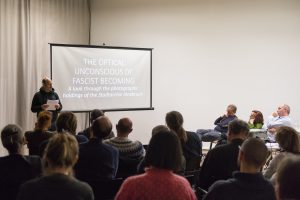 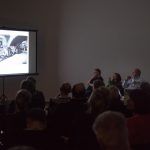 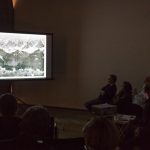 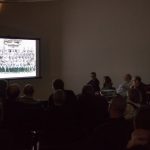