‘I have nothing to do with it’

In this workshop Seçil Yaylalı and belit sağ concentrate on forms of censorship that become manifest even in the preparation phase of a work, e.g. self-censorship, or the censorship that may occur during prenegotiations with an institution. Not least, this is about the difficulty in recognizing censorship as such in this phase of work. With the aid of role play and an exchange of individual experience, the participants will concern themselves with this issue as well as the question of solidarity. First and foremost, the workshop is aimed at artists and creative workers with several years of professional experience, who are prepared to share their respective experiences and their knowledge in open exchange with one another – to learn from each other in this way.

Seçil Yaylalı is an artist and educationalist with expertise in the fields of urban planning, industrial design and art. She was a co-founder of PASAJ, an artists’ initiative based in Istanbul, which works together with various social communities and facilitates corresponding projects, exhibitions and workshops. Yaylalı teaches Design and Contemporary Art at the Technical University in Istanbul. 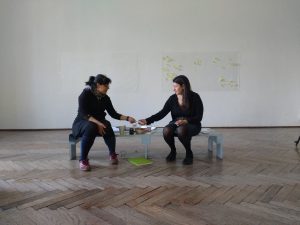 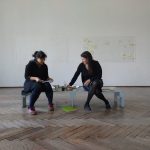