Fellow Anna DASOVIĆ, invites the interested audience to partake in a critical reading and discussion of an excerpt from the material that forms the foundation of Dasović’s work at Künstlerhaus Büchsenhausen. Central to this project is the question, how European histories of colonialism have both produced Western Europe’s militarized masculinities and formed the continent’s relation to and the aesthetics of the notion of the ‘Other.’

Before the Fall there was no Fall is a durational project, evolving around approx. hundred VHS tapes documenting Dutch military exercises during the Yugoslav War in preparation for peacekeeping missions in the UN Safe Areas of Srebrenica, Bihać, and the Sapna finger (1994-1995). Performed within the NATO camps in Germany and Belgium, the exercises produced an ideological framework through which the soldiers were to view their relationships with both the people inside the Safe Areas and the ones who threatened to overrun them. The Dutch military hired soldiers formerly deployed in Bosnia and Herzegovina (BiH) as actors; these soldiers-turned-to-actors were asked to pre-enact a script whilst also re-enacting and/or re-performing their perceptions of the people they had come across in BiH.

Anna Dasović will discuss these proceedings, taking into account the following questions: How do seemingly innocent gestures reveal what historian Fatima El-Tayeb terms violations of the “powerful narrative of Europe as a colorblind continent, largely untouched by the devastating ideology it exported all over the world?” What forms of identification resulting from colonialism can we discern in these taped enactments?

The event will be held in English and takes place in the context of the artistic investigation Before the Fall there was no Fall. Thinking and acting between Preenactment and Reenactment by Anna DASOVIĆ.

Anna DASOVIĆ’s artistic practice focuses on the rhetorical structures that make genocidal violence visible and those deployed to obscure politically inconvenient aspects of such conflicts. Central to her work is an exploration into the figure of the bystander and the ways in which the unimaginable and the unrepresentable—categories produced by the discourse on genocide—are evoked to neglect the responsibility of witnessing through representation. Dasović is interested in that rejection and in the exclusion of knowledge that is held in the body but denied by society’s authorizing structures. Though Dasović studied photography, and her installations and videos retain an element of formal precision, she now works in a broadly interdisciplinary manner. Her methodology involves archival research, fieldwork, interviews, and bibliographic research. 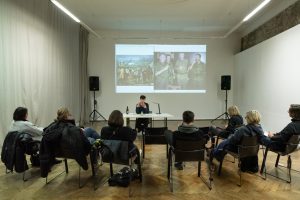 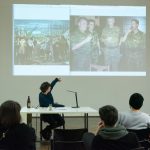 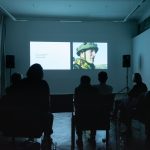 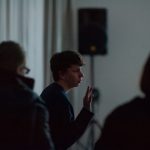 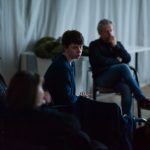