The so-called Start-Up Lectures of the International Fellowship Program for Art and Theory 2016/17 will take place in Büchsenhausen at 7 pm on Friday, 21st October 2016.

In this context the new fellows – Eva Egermann, Stefan Hayn, Kerstin Schroedinger, and Vladislav Shapovalov – will introduce themselves and their work, and provide some insight into their respective proposals for the coming months.

In 2016/17, the International Fellowship Program for Art and Theory will be focusing on projects concerned with physical deviance, educational spirits, apparently obsolete image production processes, and former geopolitics. The fellows Eva Egermann, Stefan Hayn, Kerstin Schroedinger and Vladislav Shapovalov were invited to work on their projects in Künstlerhaus Büchsenhausen – following success in a two-part application procedure, in which more than 270 artists and theorists participated – by the jury of experts comprising Iris Dressler (director of the Württembergischer Kunstverein Stutttgart and member of the committee in Künstlerhaus Büchsenhausen), Andrei Siclodi (curator, director of Künstlerhaus Büchsenhausen), and Andrea Thal (curator, Contemporary Image Collective, Cairo).

In her research-based practice Eva Egermann investigates oppositional practices, assimilation, social movements and popular cultures connected to deviance, abnormality, sickness and disability. In Büchsenhausen she will be working on the second issue of the Crip Magazine, which is dedicated to this range of themes. Artist and filmmaker Stefan Hayn intends to undertake a critical examination of contemporary premises and manifestations of pictorial narratives for children in various media. Kerstin Schroedinger will expand upon her research on the historical and material conditions of analogue film and incorporate this research into a film project, which she will be developing in collaboration with artist and filmmaker Oliver Husain (www.husain.de). Finally, Vladislav Shapovalov will continue his work on the project Image Diplomacy, which explores specific functions of the image in the system of political culture, as well as illuminating certain historical aspects in the construction of the political-imaginary through exhibition strategies and the medium of photography during the 20th century.

Eva Egermann (*1979 in Vienna, Austria, grew up in the Burgenland) is an artist living in Vienna. She has worked within a wide range of media and collaborations (e.g. with Manoa Free University). Besides numerous artistic projects, she has produced publications (e.g. Regime. Wie Dominanz organisiert und Ausdruck formalisiert wird or Class Works) and projects as curator (e.g. 2 or 3 Things we’ve learned. Intersections of Art, Pedagogy and Protest or On Uncanny States and Bodies). She was part of the research group of Model House. Mapping Transcultural Modernisms, Visiting Researcher at U.C. Berkeley in the winter semester 2014/15, and is writing her doctorate as part of the PhD-in-Practice-Programme at the Academy of Fine Arts Vienna. Her work was awarded the Theodor Körner Prize 2015 for Science and Art, and endorsed in the category Interdisciplinarity in the context of the Outstanding Artist Award 2016.

Stefan Hayn lives in Berlin. His films released since 1989 question artistic as well as cinematic categorisation, and reject simplistic genre attributions. His works (films, painting, essays) have been presented in a wide range of art and film contexts. He has taught at Berlin University of the Arts, specializing in the interrelations of film and painting.

Stefan Hayn is a painter and filmmaker. In his more recent works he attempts to enable an emotional experience of film-immanent processes or – in comparisons within the exhibition space – processes of painterly or filmic perception including their social-historical and biographical-individual connections. He also reflects on artistic approaches aiming towards openness in conceptual-essayistic works. He presents his films in cinemas, on TV, and at international festivals. Most recently, the Heidelberger Kunstverein and the Museum Moderner Kunst Stiftung Ludwig, Vienna showed a selection of his film works and paintings.

Vladislav Shapovalov (*1981, Rostov-on-Don, Russia) is an artist and researcher living and working in Milan and Moscow. He was a member of the art-group Radek Community from 1999-2007. Since 2008 he has been working independently on projects that focus on rethinking images, cultural artifacts and the construction of narratives as a way to construe and analyze geopolitical configurations. In 2016/17, Shapovalov took part in the Fellowship Program for Art and Theory in Künstlerhaus Büchsenhausen with support from the City of Innsbruck. He is currently preparing his first solo exhibition Image Diplomacy in the Moscow Museum of Modern Art (as from 17.11.2017), in which the film of the same name as well as the installation produced in Büchsenhausen, I Left My Heart in Rhodesia (2017), will be shown among other things. A further solo exhibition by Vladislav Shapovalov will take place as from the beginning of December 2017 at ar/ge kunst in Bolzano.

In the context of the Fellowship Program for Art and Theory 2016-17 at Künstlerhaus Büchsenhausen in Innsbruck, Vladislav Shapovalov published the book Image Diplomacy (2020). 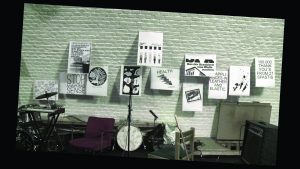