Ethical and Aesthetical Protocols of Apology

The project Ethical and Aesthetical Protocols of Apology will focus on the potentialities and limitations of various protocols of apology and renaming as performative artistic strategies aiming towards social change and reconciliation. The project will ask the following pressing questions regarding the omnipresent failing apologies: What are the socio-political systems and juridical structures that lead to failed apologies? And how could one overcome the futile efforts of apology?

Apology is usually perceived as the first step towards changing the course of “inherited” shameful narratives of colonization, collective amnesia, and other traumas. The main aim of apology is to enable a positive change in the future and a kind of self-critique in order to overcome the past through engendering and inducing remorse, forgiving, reconciliation, and restitution. The apologizing and apologized subjects are interwoven in a complex grid of performative and reciprocal relations in the context of different phenomena such are the protocols of apology regarding individual and collective shame of the perpetrators, victims and/or witnesses. Therefore apology contributes to subjectivity’s construction and transformation. Hence, according to Milevska, comes the urgency to research and disentangle the concrete socio-political and ethical protocols, and the performative and participatory aesthetical strategies that are deployed in individual and collective apologies.

Not all apologies are tailored the same. It is exactly the protocols that make some apologies more productive than others. Time and again, we witness how people fail while trying to issue a basic apology after the act of wrongdoing, even when no individual crime has been committed on their side, yet apology was expected for different reasons (e.g. disrespect, offense, or political guilt for a particular national wrongdoing committed in a distant past). The project Ethical and Aesthetical Protocols of Apology will ponder the successful artistic practices that deal with apology and renaming and will look at specificities behind the success of different aesthetical and artistic protocols and strategies for inducing successful socio-political and ethical change. Milevska will investigate various examples of individual, societal, activist, and artistic strategies such as public apology of institutional officials or private citizens, replacing or renaming monuments, streets, holidays, and public spaces. The research outcomes will be presented during various public events and formats such as panel discussions, close reading seminars, and workshops. 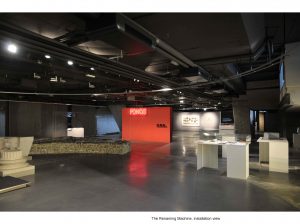