Lessons on Defense — Cultural Activities of the People’s Liberation Movement

The book Lessons on Defense is a translation of two texts that were created as part of a research project on culture in the People’s Liberation Movement (NOP) in Yugoslavia during the Second World War. KURS (Mirjana Radovanović and Miloš Miletić) started researching this topic in 2014 as part of the Politicization of Friendship (Politizacija prijateljstva) exhibition when creating the mural Lessons on Defense, which examined the ties between prominent cultural workers before and during the Second World War. While preparing for this piece, a number of new topics and additional questions arose, leading them to conduct research on culture within the People’s Liberation Movement during 2016 and 2017, with the support of Rosa Luxemburg Stiftung Office for Southeast Europe. During the two-year project, Mirjana Radovanović and Miloš Miletić visited archives and museums in Jajce, Sarajevo, Užice and Belgrade, released two publications and organized the conference How to Revolutionize Art (Kako stvarati umetnost revolucionarno?), where we presented studies by Vida Knežević, BLOK Collective (Ivana Hanaček, Ana Kutleša, Vesna Vuković), Miklavž Komelj, and Gal Kirn.

The subject of this book is culture in the People’s Liberation Movement, with a particular focus on events during the establishment of the liberated territories, where a large group of artists was based and, consequently, cultural production intensified. The book contains translations of two texts: “Toward an Analysis of the Cultural Activities of the People’s Liberation Movement” and “Culture of the NOP: The People’s Culture / Revolutionary Culture / State-Building Culture”. The English translation and adaptation for an international audience was undertaken as part of the Fellowship Program for Art and Theory 2019-20 at Künstlerhaus Büchsenhausen in Innsbruck. 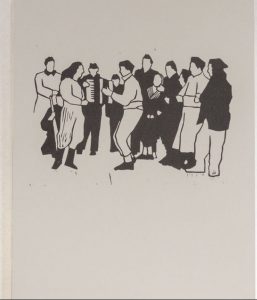