“… and diggings revealed unforeseen finds” – Reports from the Capitalocene

The Tiroler Künstler:innenschaft cordially invites you and your friends to the exhibition opening in the Kunstpavillon as part of the Fellowship Program for Art and Theory at the Künstlerhaus Büchsenhausen 2018-19.

The exhibition “… and diggings revealed unforeseen finds” – Reports from the Capitalocene shows new and in Innsbruck produced works of the participants of the Fellowship Program for Art and Theory at Künstlerhaus Büchsenhausen 2018-19. In their respective projects, Angela Anderson, Michael Baers, Aikaterini Gegisian and Riccardo Giacconi have dealt with forgotten as well as under-examined social and political narratives that could prove relevant for the understanding of contemporary societal dynamics. The contributions of the four artists merge into a polyphonic, virtual narrative of various aspects of the historical development of our present – a poetic report from a time that is gradually freeing itself from the monotheism of cartesian rationality. This monotheism has generated the Janus-faced figure of the Capitalocene, constantly attempting to disguise its nature by trivialising the accompanying social and cultural consequences of the advancing exploitation of the earth as a resource. In the Capitalocene, everything, not only the Earth but also human beings, turn into a resource. The critical examination of the mechanisms of exploitation and concealment is therefore all the more important, but also to dig up spillages and reconsider them. To a certain extent, this exhibition intends to do exactely so: In her multimedia, cinematic installation, Angela Anderson focuses on contemporary, realpolitical, feminist alternatives to the machines of androcentric, extractive capital that destroys nature and culture. The discreet signs of everyday life that accompany the transition of a society to totalitarianism are subject of Michael Baers‘ audio piece, whose narrative thread is set in the spring of 1933, when the National Socialists celebrated successes at Innsbruck’s municipal elections. In her six-channel video work, Aikaterini Gegisian forms a feminist reframing of the representation and mediation of the European community project, as it was presented in US newsreels in the 1940s and 1950s, primarily as a necessarily networked reindustrialization project of post-war Europe. Finally, Riccardo Giacconi addresses in a multimedia installation the “conservative utopia” of a habitat, realized in the 1970s under the name Milano 2 by the investor Silvio Berlusconi as a capitalistically chummed up, proto-populist residential architecture between pseudo-traditionalism and new media.

The exhibition also includes four events that discuss the presented works and their thematic focus respectively.

On Friday, May 17 at 18.00, Aikaterini Gegisian will show the first three episodes of her six-channel video work Third Person (Plural) (2017-19) in a one-channel screening. This will be followed by a discussion with the Portuguese curator Miguel Amado (Director of Cork Printmakers, Ireland). Location: Kunstpavillon.

On Tuesday, 21 May at 19.00, David Kazanjian (Americanist and comparative literary scholar, University of Pennsylvania) will held a lecture on forms of dispossession. This was originally planned for the Second Buechsenhausen Focus Weeks 2019, in mid-March, at Aikaterini Gegisian‘s invitation. The event takes place in cooperation with the Center for Inter-American Studies at the University of Innsbruck (ZIAS). Location: Kunstpavillon.

On Thursday, 6 June at 19.00, Aikaterini Gegisian will show the last three episodes of her six-channel video work Third Person (Plural) (2017-19) in a one-channel screening. Afterwards, a discussion with film and media scholar Christian Quendler will take place (University of Innsbruck). Location: Kunstpavillon.

On Saturday, 8 June at 20.30 we will show the film Water Makes Us Wet – An Ecosexual Adventure by the documenta participants Annie Sprinkle & Beth Stephens at the Leokino in Innsbruck. The screening will take place on the initiative of Angela Anderson and in cooperation with kinovi[sie]on, Taxispalais – Kunsthalle Tirol as well as the support of the American Corner Innsbruck (University of Innsbruck). After the screening, Angela Anderson, Nina Tabassomi and the filmmakers (via Skype) will discuss aspects of the film. Location: Leokino, Anichstraße 36, Innsbruck. 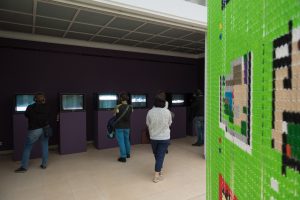 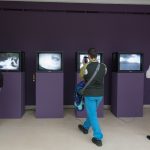 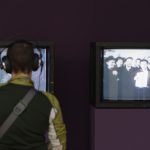 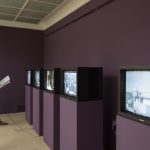 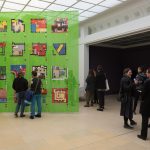 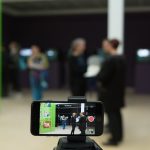 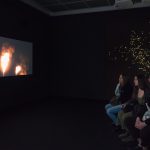 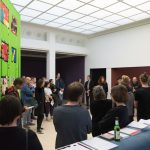 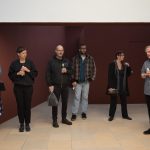 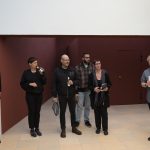